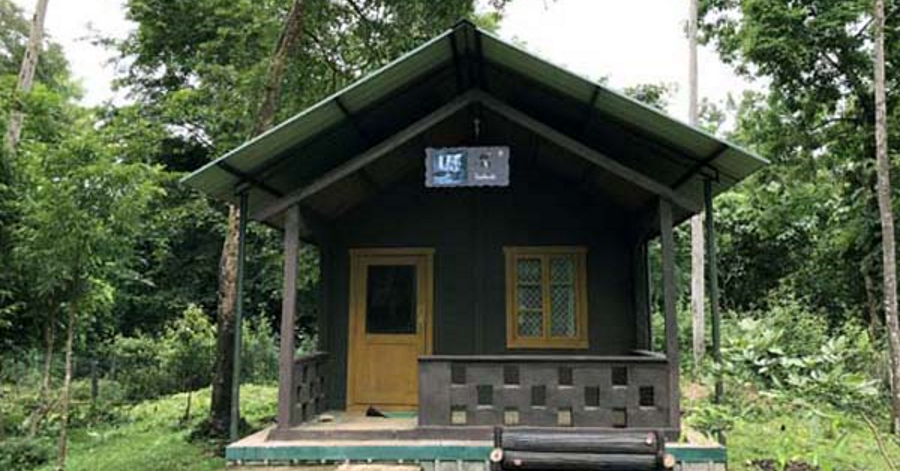 History of Past Management

‘Kanara is the only one of the Bombay Kanarese districts where Tigers are found in many numbers’. A tigress with five half – grown cubs was shot near Tinai in 1878. In March 1882, a Tiger and a Tigress came out together near Yellapur and were both killed. On another occasion, also near Yellapur, a family of five, all about the same size, came out together. Of the five two were killed, one was wounded and two got away without being fired at. In April 1882, a Tigress and five cubs, about seven months old were killed near Potoli in Supa (Kanara District Gazetteer, 1883). The British Government had fixed a reward of Rs. 24.00 for a full-grown Tiger, Rs. 12.00 for a half grown Tiger and Rs 6.00 for a Cub. As a result, between 1856 and 1866, 158 Tigers (yearly average of fourteen) were killed; between 1867 and 1877, 352 Tigers (yearly average of thirty-two) were killed; between 1878 and 1882, 130 Tigers (yearly average of 26) were killed. That is between 1856 and 1882, in about 27 years, 640 Tigers were shot dead in Kanara. Unbelievable!


Before Kanara came under British Rule, its forests supplied the ship building yards of the Haider Ali (1761-1782) with the finest teak and other timber like Rose wood and Sandal wood. During the British rule and after, the forests of Dandeli were systematically worked and exploited as per the working plan prescriptions and reports of Thompson (1899-1900), Bell (1927), Newman (1929), Millet (1929), Divekar (1930), Coelho (1956), Britto (1960-80) and Mavinakurve (1957-67). It is worthwhile to read Britto's working plan for the past management of the forests of Kulgi, Phansoli and Gund; and Mavinakurve's working plan for Kumbarwada and Anshi.

During the war, mostly from 1942 onwards, the Dandeli forests had to supply timber of different species for variety of purposes. Towards the close of the war, the area had also to meet an increasing demand for other Government departments for civil use, railway sleepers, transmission and telegraph poles, ship building and country crafts. Also in the post war period, there was heavy demand from public works department and housing commissioner for timber for house construction in Bombay and other large cities and from local bodies for educational institutions, school buildings, etc.

Further more, concessions were granted to the Indian Plywood Manufacturing Company to set up a factory at Dandeli in 1943. This factory entered into an agreement with the Government of Bombay for 40 years for extraction of trees over 6 girth at 4 above ground at royalty of Rs 1.00 per ton. The species exploited were Adina cordifolia, Ailanthus excelsa, Alseodaphne semicarpifolia, Amoora canarana,Anthocephalus cadamba, Artocarpus hirsute, Bauhinia tomentosa, Bombax insignie, Bombax malabarica, Calophyllum tomentosum, Canarium strictum, Cedrella toona, Chickrassia tabularis, Dichopsis elliptica, Dillennia pentagyna, Dysoxylum malabaricum, Gmelina arborea, Garuga pinnata, Hymenodictyon excelsum, Kydia calycina, Lophopetalum wightianum, Mangifera indica, Machilus macrantha, Michelia champaca, Terminalia bellerica, Terminalia paniculata, Tetrameles nudiflora, Trewia nudiflora, Vateria indica, Zanthozylum alatum, Spondias pinna, etc. Furthermore, in 1967, the IPMC was permitted to start a Chip-board Factory at Dandeli to use firewood and lops and tops. The West Coast Paper Mills Ltd. was established in 1958 to use bamboo for paper manufacture. The rate of bamboo allotted was Rs 3.12 per ton.
Way back in early 1950's the Western India Matchwood Company, Bombay, started operating in the evergreen forests of Uttara Kannada. These forests were considered “a veritable goldmine for matchwoods”. The prices varied from 12 paise per cft for Lophopetalum to Rs. 1.00 per cft for Mangifera. The extraction of matchwoods reached a peak in the mid 1970's and collapsed thereafter (Gadgil and Subhash Chandran, 1989). The impact of extraction was so severe that even today the regeneration status of most of these species is far from satisfactory. All these resulted in heavy exploitation and rapid degradation of the valuable forests. To add to the misery the Kali Hydel Projects such as Supa, Kodsalli and Kadra submerged large chunks of forest areas and also changed the ecological course of the river Kali. The rehabilitation and also mining activities further contributed to the decline and degradation of both forests and the wildlife.

Until the reorganization of States, Dandeli forests served as the Christmas hunting ground to the Governor of Bombay State. The decades prior to and immediately after independence saw the hunting of a large number of Tigers, leopards, wild dogs, barking beer, gaur, etc. In order to restrict the hunting by the public Dandeli Game Sanctuary was constituted in the year 1956 with an area of 207.05 sq km. In the year 1975 that is after the enactment of the Wildlife (Protection) Act 1972 the area was extended to an ambitious 5727.07 sq km and was declared as Dandeli Wildlife Sanctuary. Subsequently, several developmental projects were launched in the sanctuary area and the wildlife was seriously disturbed due to fragmentation. This led to the creation of Anshi National Park with an area of 339.86 sq km to the west of the sanctuary during the year 1987. In order to achieve effective management and to create total interference free zone, where wildlife can live and propagate freely, the boundaries of the sanctuary were revised in the year 1987 and the area was brought down to 834.16 sq km. Unfortunately, the pressures of various developmental activities led to further reduction of the area of the sanctuary and therefore, during the year 1994 the sanctuary boundaries were redefined and the area was further restricted to 475.018 sq km. However, the final notification of the Dandeli Wildlife Sanctuary and the Anshi National Park came only during 1998 and 2003 respectively.

Though the sanctuary is an old one, the wildlife wing was having only the overlapping jurisdiction until 1998. The Government in its order AHFF/83/FNG/92, dated 08-05-1992, directed for the segregation of wildlife area along with staff and created a Wildlife Division with its headquarters at Dandeli. However, the transfer of areas and the staff to the wildlife wing took place only in 1998. Since then the Wildlife Division, Dandeli is functioning as an independent wing.

In 2007, both Anshi National Park and the Dandeli Wildlife Sanctuary together have been declared as Dandeli-Anshi tiger reserve. There is a change in the mind set of the people and administration to make it truly Tiger oriented, which is a challenge. In 2009, another area of 77.48 Sq. Km. has been added to Anshi National Park and 163.33 sq km (in 2008) and 248.06 sq km (in 2011) added to Dandeli Wildlife Sanctuary.